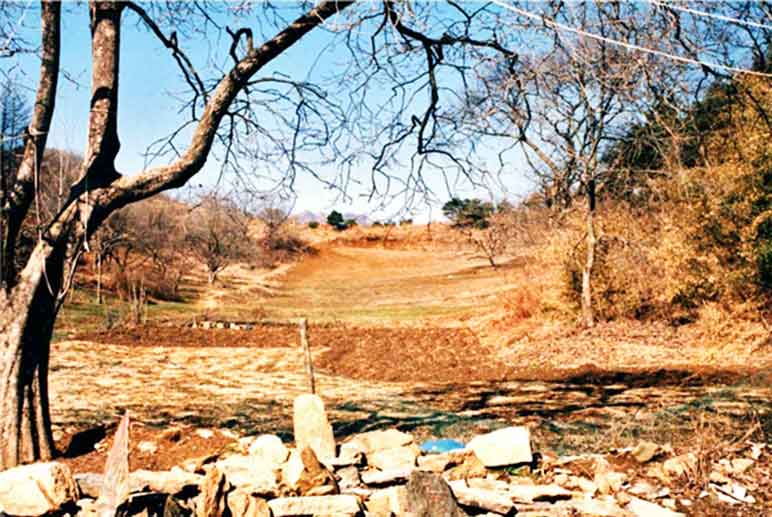 Do you know how desolate and worthless the land in Wolmyeongdong originally was?

You need to see it to know.

Wolmyeongdong was a valley that had nothing to admire. It was a lonely place, a place that peeled away at people’s lives and subjected them to the torments of Hell. So who would have known it was actually a precious location, and who would have actually wanted to buy it?

Only God, the Holy Spirit, and the Holy Son knew how precious it was.

Since They told me to buy the land, I bought the land in Wolmyeongdong following Their words, but after buying it, I let out long sighs repeatedly. Why? Because I didn’t know how valuable it was.

However, after we developed it according to God’s design and the Holy Spirit’s inspiration, Wolmyeongdong has transformed into the place you see today.

Now, would we ever exchange the land in Wolmyeongdong for land in Seoul?

Just as I let out long sighs after buying the land in Wolmyeongdong, there are people who came to Providence but live letting out long sighs.

If you develop yourself and change your body, soul, and spirit for the sake of the rapture, would your value be comparable to any billionaire, person of power, or famous person? Would you trade yourself with their physical bodies?

I, as a person who grew up in Wolmyeongdong, said that it was a worthless land, a land that had nothing to admire, and a land of no hope because I didn’t know how important and valuable it was. However, the Holy Son Lord enlightened me and changed my perspective little by little until I came to know the value of Wolmyeongdong.

First, I had to buy the land. Second, I had to develop it according to God, the Holy Spirit, and the Holy Son’s directions.

When I said I would make Wolmyeongdong into an ideal world, people in the surrounding villages as well as the leaders who were following Providence told me, “That’s a wild dream. It’s a delusion.”

In the same way, when people hear about the rapture, they say, “It’s an empty dream and an illusion, isn’t it? Isn’t it just a dream?”

Others say, “Christianity said there would be a rapture, but those were just empty words. It won’t happen.”

Saying those things, people didn’t believe me. They didn’t feel it to be real, and they didn’t consider it to be more important or valuable than what they understand.

In this way, the rapture that the Holy Son preaches through me in this time period is also neither a dream nor a delusion. It is real.

The physical body lives the life of the rapture on the earth while the spirit is the part of you that raptures and goes to Heaven.

Look at the crowds of people that have gathered at Wolmyeongdong.

One thought on “The Rapture is Neither a Dream nor Delusion”