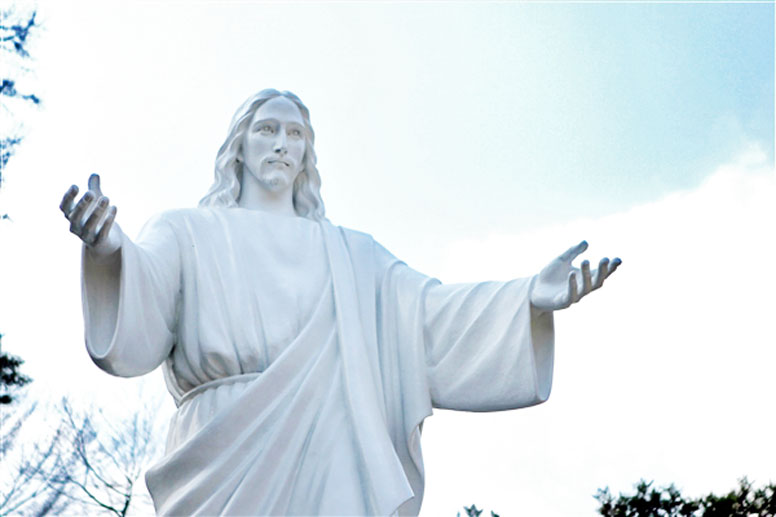 When you do everything you can possibly do and then do a little more on top of that… that small extra amount will determine your destiny. It is about doing things once more for the final time!

The Ambition Masterpiece in Wolmyeongdong became a masterpiece when we rebuilt it one more time for the final time.

When the statue of the Holy Son was being sculpted, I provided coaching to the sculptors.

I told them, “On top of what you have done so far, finish it with a little more. If you do a little more, the sculpture will come to life. If you look at the eyes of the Holy Son right now, they are simply open.”

In this way, I kept making them do a little more and did not give them the okay for 6 months, 1 year, and then 2 years so that they would create a sculpture with a living face.

When all the unsatisfying parts are corrected and a little more is done, people will exclaim, “This is a living sculpture!”

If you finish something without correcting what is unsatisfying, then it cannot become a masterpiece. Making one work of art standout by focusing and doing a little more is better than making two average works of art.

When you manage, when you evangelize, when you lecture, when you pray, when you cry out the Word, and when you make gestures as well, if you do a little more, even though it may seem small, whatever you are working on or doing will become A-grade.

In a beauty contest, first place, second place, and third place are separated by a small margin. It’s not that the winners have huge differences between each other.

In Providence as well, some say, “There’s not much difference between that person and me, but why are they used so greatly?”

They say such things carelessly without looking at the small differences.

Among the millions of apples produced from America, the biggest and most beautiful apple is not noticeably different from the other apples when you look at it with your bare eyes. Farmers have to weigh the apples on a scale, take picture of them, and examine them from all angles.

There will be a small difference.

The weight of the biggest apple will be a smidgen heavier than the second heaviest apple, but because it is a little better, that apple becomes the king among the other millions of apples.

During the presidential elections in Korea, the difference in number of votes between the one elected and the one that is not is very little, but because of that little difference, one person becomes the ruler of 50 million people.

This is what happens when you do a little more.