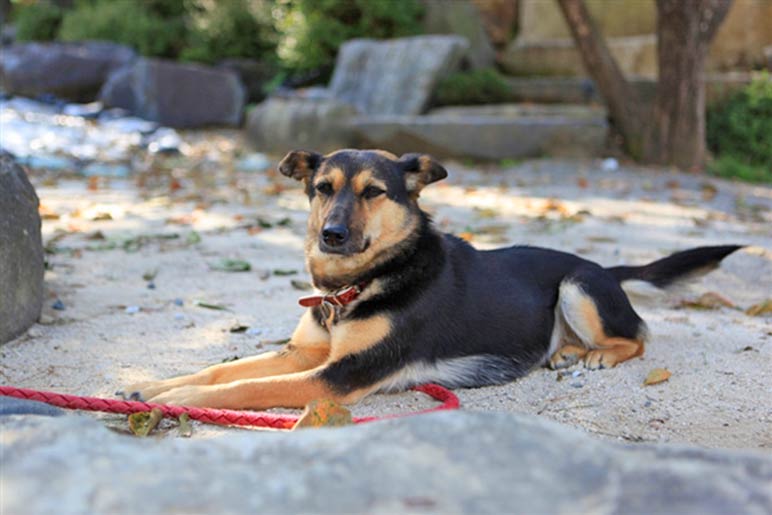 There is a dog named Salvation in Wolmyeongdong.

She was bought for 12,000 won (about $10.73) from a slaughterhouse a few hours before she was going to be killed. The dog ultimately did not die and is now living well in Wolmyeongdong.

On that day, there were many other dogs at the slaughterhouse, but I only bought this dog.

The Lord made me do so as a metaphor for all of you and me.

When I went back to the slaughterhouse in the afternoon, the dogs that I did not buy were all slaughtered.

If the Lord did not buy us at the cost of His blood and if we chose not to believe in the Lord, we would have gone to the eternal Hell of death and we would still be living our lives on earth as if it were Hell.

On the day I bought Salvation, the Lord said, “Salvation is like this. Think of this dog as a symbol.”

At this, I gave thanks hundreds of times confessing, “Lord, since I came to live, I will live for You no matter what sufferings may come my way.”

Since the Lord has paid the price of our sins through the suffering of the cross, if you repent, all of your sins will be forgiven and you will be cleansed through the merit of His precious blood.

Since the Lord has bought your life with His blood, to whoever believes in the Lord and lives according to His Will, they are the ones who will become the Lord’s and go to Heaven.

For those who do not believe in the Lord properly, the demons will claim such people as theirs and keep using their bodies.

Since the Lord has bought our bodies, we are absolutely the Lord’s.

You must know that the Lord has bought your body.

Now, do you understand?