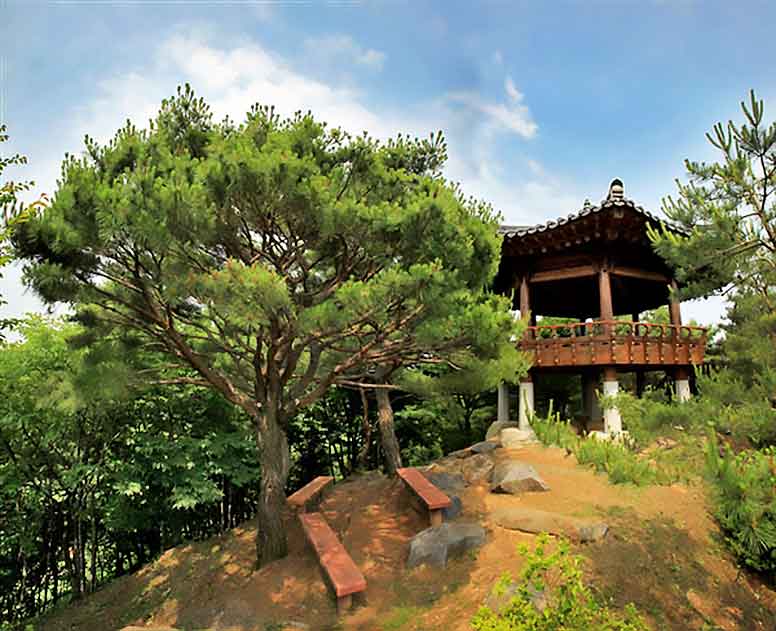 Today also, I went to the place where the gazebo is currently being built, but the reason I went is not because of the gazebo. There’s something more precious there. The gazebo is something we just started making, but there are pine trees there that I have been managing for more than 40 years. I didn’t just prune them once or twice.

There was a person who tried to dig up those pine trees every day, so I had been praying for them not to be unearthed. That person could have dug up the trees at any time since he is the owner of the mountain, but he couldn’t because of the rocks around the trees.

I pruned those pine trees even though the mountain did not belong to me. That is why now after 40 years, God has fulfilled his promise. When something gets fulfilled, it does not happen in an instant.

There’s nothing to see but pine trees on the mountain. The gazebo can be built again within a year or two but the pine trees will take 40 years of effort. Because God had a Will for the gazebo, I think that is why it was moved to that place. Earlier, when I bought the land, I was thinking of making a place where people could pray on the mountain, and shortly after, God made me build the gazebo there.