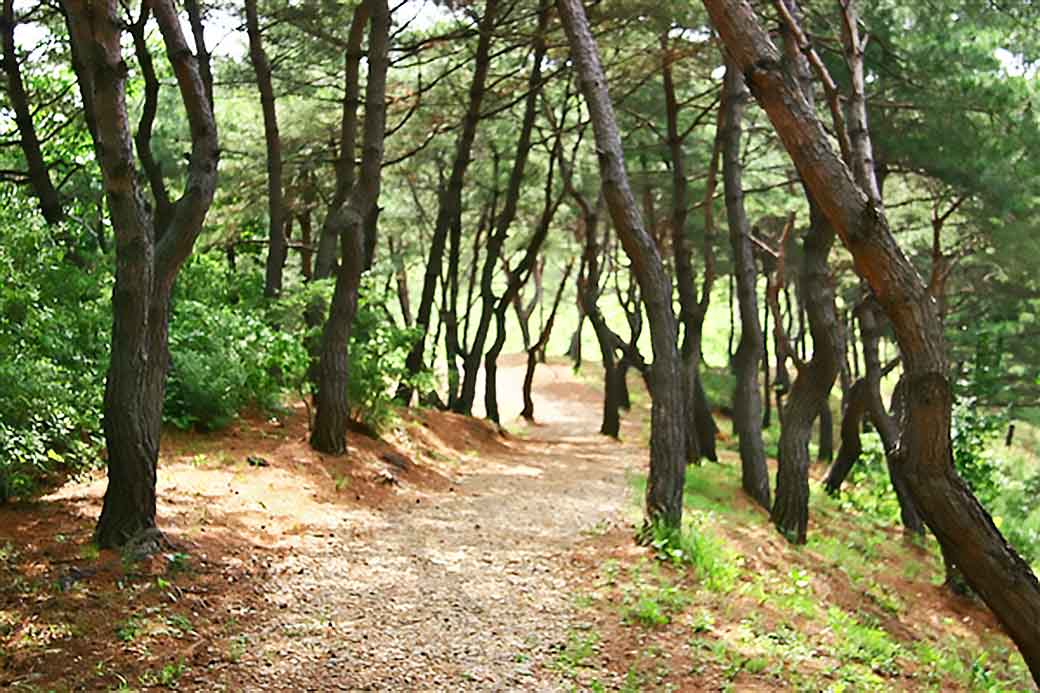 I had a dream during the initial stage of Wolmyeongdong’s development.

In the dream, peacocks, ostriches, deer, sheep, and all kinds of animals came out of the forest from all directions and headed for Wolmyeongdong. However, since the grass, weeds, and thorn bushes had overgrown, the animals had a hard time coming to Wolmyeongdong. When I saw that, I realized that I should cut the grass and make a path for them.

After having that dream, I trimmed the mountains surrounding Wolmyeongdong so that people would have an easier time traveling to Wolmyeongdong.

This is a revelation the Holy Son gave me through my dreams.

In response to the dream, I cut all the grass, weeds, and thorn bushes that had thickly grown around Wolmyeongdong and neatly paved a path.

God, the Holy Spirit, and the Holy Son developed this place which was like a wilderness and made it into an ideal world. This is how Wolmyeongdong became a holy land.