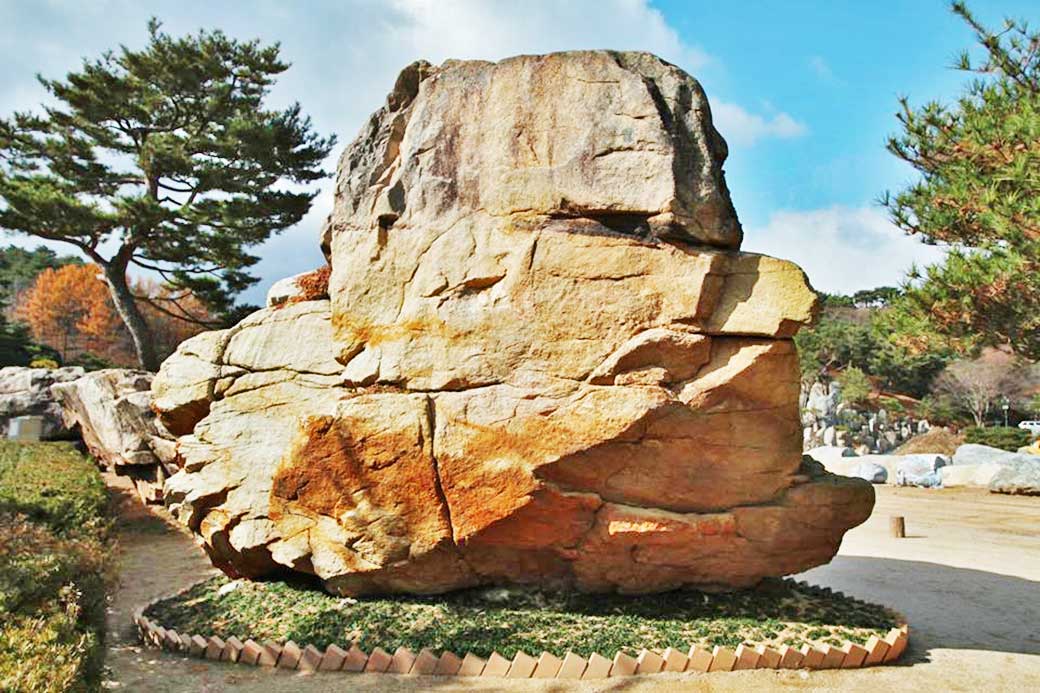 When I asked the Holy Son to give us a rock in Wolmyeongdong that would astound anyone who saw it, the Holy Son made us find other images besides the already-existing images we knew of at that time on the Holy Son Rock.

He meant that the act of finding is in itself a treasure.

The Holy Son made me seek so that I would realize about this Word once again.

He told me, “The Trinity and the Lord are all treasures for those who seek them.”

He then told me, “Look at the back of the Holy Son Rock.”

When I looked at it in detail, I spotted a large foot with seven toes. However, the toes were crushed and made short as if they had been cut into pieces.

I confessed, “It’s an image that leaves something left to be desired.”

But the Holy Son replied, “This foot symbolizes my holy foot. It symbolizes my toes that have been completely worn out from following around everyone in the earthly world as I tried to save them. If you look at the color of my sole, it’s red, isn’t it? My sole has become drenched in blood. The color of the rock became discolored, turned red, and became the color of my blood.”

When he said that, my heart was so pierced that tears surged from my eyes.

I immediately confessed to the Holy Son, “I truly thank you and love you.”

The fact that there were seven toes symbolizes the Holy Son’s perfectness because seven is the number of perfection.