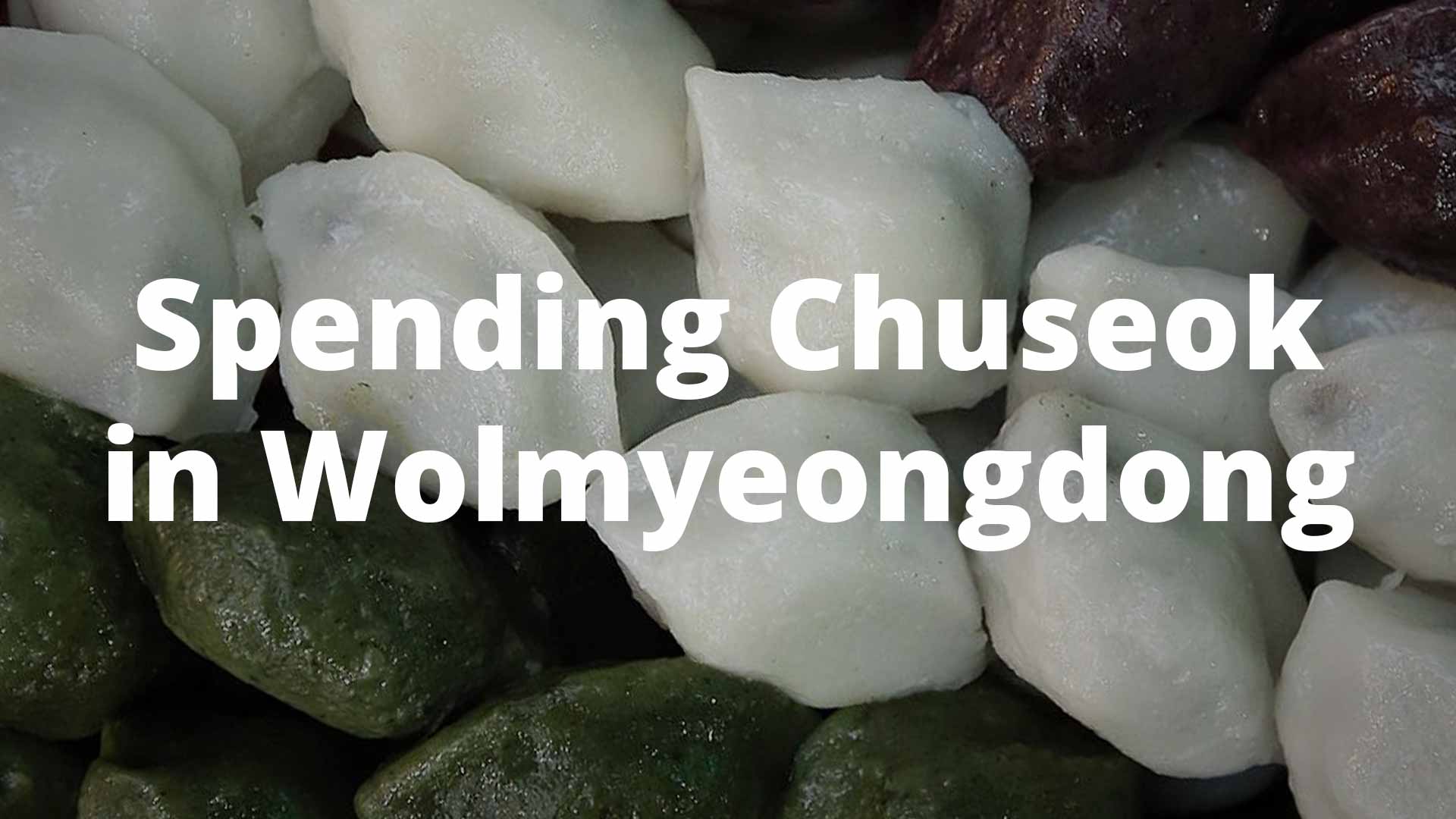 Chuseok holiday started last Wednesday. In Korea, Chuseok is traditionally a time when farmers harvest their crops and families come together.

My pastor, Jung Myung Seok, told me that the Lord does not leave us even during the holidays. So regardless of where we are, we should have a good time during the holidays. So I spent my Chuseok holiday with my parents and siblings with thanksgiving and joy. In the end, there were no accidents. So I believe the Holy Son Lord was with us.

After spending time with my family, I went to Wolmyeongdong. I met some people in Wolmyeongdong who didn’t have families to spend their Chuseok holiday with. So they ended up going to Wolmyeongdong to celebrate the holidays with the God and the Lord.

Pastor Jung Myung Seok provided rice cakes and other types of food for everyone in Wolmyeongdong. So we were able to celebrate the holidays with a stuffed stomach while giving glory to God. It was really a wonderful time. He also shared with us some of his stories from when he was young.

When Pastor Jung Myung Seok was in his twenties, he preached the Word in other cities. But whenever a major holiday would come, he would return to his hometown. He wanted to see his parents.

Even when he was leading a church in Seoul, he always made it a point to return home. Since he was often evangelizing in other cities, his parents worried about him. But whenever he visited his parents, he would resolve all of their worries before returning to Seoul.

There was a time when Pastor Jung Myung Seok bought three dried pollacks for his parents. He thought that the fish might rot, so he only bought enough for his parents. Back then, he traveled by taking the express bus.

It’s hard for him to remember every thing though since it was long ago.

But the grapes he gave could not compare to what his other brothers brought. Since his eldest brother lived in Seoul, he brought back beef and a lot of other gifts. His other brothers also brought various gifts back.

When his father tried the grapes, he frowned and said, “What the heck. It’s so sour! I can’t eat this.”

And his mother said, “This is the best you could bring? When will you get a job and bring back beef like your eldest brother?”

On the other hand, his elder brothers enjoyed the wild grapes he brought. Since they lived in Seoul for so long, they would miss their hometown often. So Pastor Jung Myung Seok felt gratified seeing them enjoying the grapes.

His elder brothers both lived in the city. So they made money and used it to buy gifts from the city. But since he lived in the mountain valley of Wolmyeongdong, he farmed with his parents. Sometimes, he never came in contact with any money for a whole month. At that time, he could only give at most 10 cents of offering to the church. He didn’t have enough money to buy something from the market when during major holidays.

If Pastor Jung Myung Seok’s parents had said, “Even wild grapes are considered expensive if you try to buy them from markets during Chuseok,” then he would have been happy and satisfied. But even though his parents were old, they were ignorant and didn’t know. So they didn’t try to support him.

The Moral of the Story

For Pastor Jung Myung Seok’s story, I realized even parents say a lot of things out of ignorance. So whenever I talk with my parents, I try to be understanding. There are times when they say words that hurt us. But I know they don’t mean to. If you try to be at peace with your parents, then your heart will be at ease. At the very least, if you are at peace, then you can continue living with joy.

Pastor Jung Myung Seok’s parents didn’t really consider the grapes he gave them special. However, for him, it was the best he could muster. The grapes contained his devotion for his parents. But even though he felt a bit unappreciated, he didn’t give up. He set his mind on becoming someone his parents would recognize.

And since he lived his life while being faithful to God and the Holy Son, God blessed him.

If you are faithful, God will bless you.” ~ Pastor Jung Myung Seok